Big D and the Kids Table 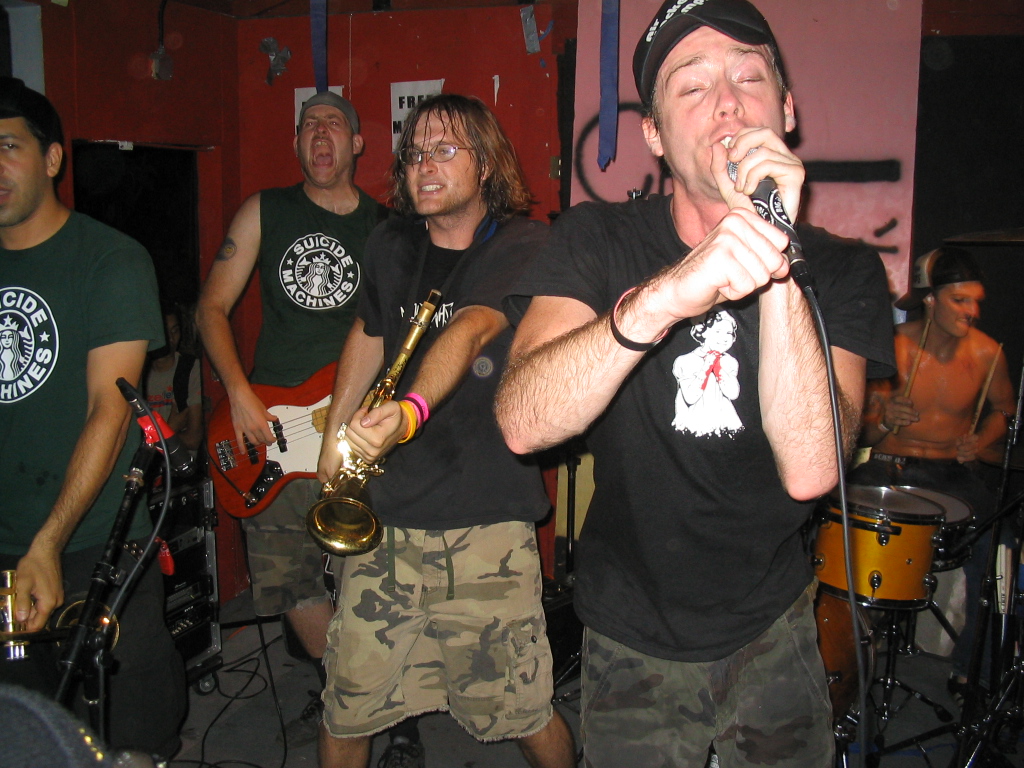 Big D and the Kids Table is a ska punk band formed in October 1995 in Boston, Massachusetts when its members converged in college. Their first release was on their own Fork in Hand Records label, but have since teamed with Springman Records and SideOneDummy. The band has been noted for its strict DIY work ethic, such as engineering, producing, and releasing their own albums and videos and self-promotion of their own shows.The band released Good Luck in 1999 on Asian Man Records and quickly gained a large underground audience. The album featured a 10 piece band, including six horn players. The album is characterized and widely liked due to its catchy horn melodies, along with its fun and energetic nature. In 2000 the band recorded a gangsta rap album, Porch Life, and distributed it unofficially via cassette tape. In 2003 the album was officially released on CD through Fork in Hand. They have also recorded splits with Melt-Banana, Brain Failure, and Drexel. In 2002, they released The Gipsy Hill LP, a collection of some of their thrash material, as well as their covers of "Wailing Paddle" by the Rudiments and "New England" by Jonathan Richman. This album featured what is considered to be the "classic" Big D lineup, which featured long-time members such as Sean P. Rogan, David McWane, Steve Foote, Chris Bush, Paul Cuttler and Dan Stoppelman. This lineup was also featured on How it Goes, which was released in 2004, as well as Strictly Rude in 2007 and Fluent in Stroll in 2009. In 2005, long-time saxophonist Chris Bush left the band to move to Denver, Colorado (and eventually to Hawaii) and was replaced by Ryan O’Connor, who has remained in the band since. O’Connor’s first appearance on a Big D record was for their 2007 release Strictly Rude.

Big D and the Kids Table played 200 shows a year around this time on average, in support of bands including The Mighty Mighty Bosstones, Dropkick Murphys, Rancid, and Alexisonfire, and have become regular performers on the Warped Tour. The band has also performed in the Summer of Ska Tour 2012 and the Ska Is Dead tour.

In the fall and winter of 2007 the band embarked on their first-ever large scale headlining tour, The Steady Riot Tour, named after the 2007 release.