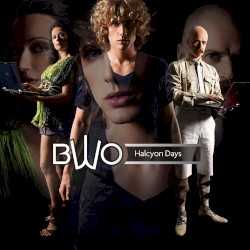 BWO was a Swedish electropop group, formed in 2003. Prior to early 2006 they used the name Bodies Without Organs. In Sweden they have enjoyed considerable commercial success throughout their career, so far notching up 15 Top 40 singles, including a Number 1 with "Temple of Love", and five Top 10 albums including a Number 1 with Halcyon Days, and have won several major Swedish music awards.

Since the mid-2000s, BWO have had significant chart success in several Eastern European countries including Ukraine and Russia, and some moderate success in the United Kingdom, Switzerland, Germany, Norway, Denmark, Finland, and the United States. 2009 saw a major breakthrough for the band in Japan, China and Taiwan with the compilation album Sunshine In The Rain, specially designed for the Asian market.