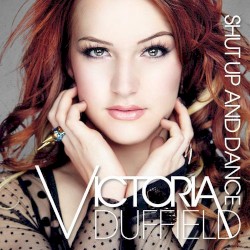 Victoria Duffield (born January 3, 1995) is a Canadian singer, songwriter, dancer and actress. She is best known for her debut single "Shut Up and Dance", which peaked at number 12 on the Canadian Hot 100 chart in 2011 and was certified platinum by the Canadian Recording Industry Association (CRIA). Duffield gained recognition after appearing as a finalist on the third season of the YTV reality competition series The Next Star in 2010, signing with Warner Music Canada the following year. Her debut studio album Shut Up and Dance (2012) also saw the commercial success of the single "Break My Heart", which peaked at number 35 on the Canadian Hot 100 and was certified gold.

Duffield’s second studio album, Accelerate (2014), was a commercial failure but saw the moderate success of its lead single, "More Than Friends", which peaked at number 49 on the Canadian Hot 100. She released her third studio album independently in 2019, Day Won. As an actress, Duffield is best known as the singing voice of Cherry Jam in Strawberry Shortcake’s Berry Bitty Adventures. She has also appeared as a guest star on several Canadian television series, including Mr. Young.