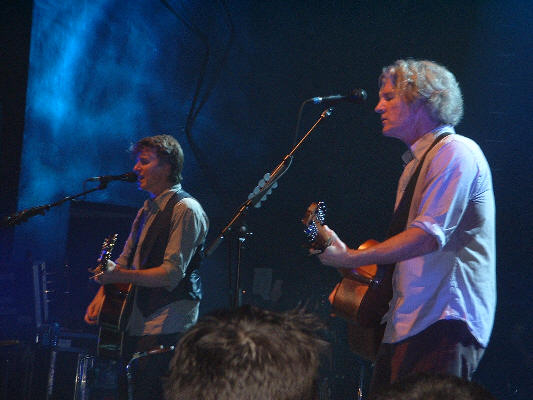 The Finn Brothers are a New Zealand musical duo consisting of brothers Neil and Tim Finn. In June 1993 both members were awarded the OBE for their contribution to music.The brothers began making music together at a young age; later, when Neil was 18, he was invited to join older brother Tim in Split Enz. Neil would go on to write one of the band’s biggest hits, "I Got You". Tim released his first solo album Escapade before leaving Split Enz, and the band folded soon after. Neil started his own group, Crowded House and subsequently recorded two solo albums after Crowded House split in 1996. He reformed Crowded House in 2007 and two albums have so far followed, with another solo album due in 2014.