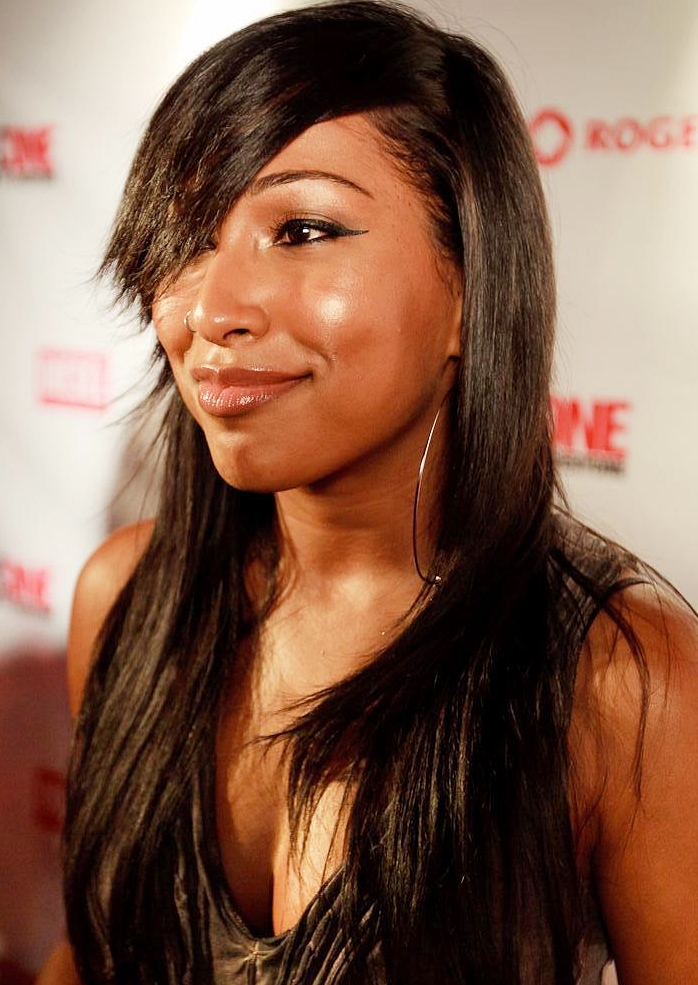 Melanie Fiona Hallim (born July 4, 1983), known professionally as Melanie Fiona, is a Canadian R&B recording artist. She was born and raised in Toronto, Ontario. She began her career in 2002 as part of the girl group trio X-Quisite, who were nominated for a Juno Award for R&B/Soul Recording of the Year for the group’s self-titled album. She went on to be part of The Renaissance (with rapper Drake), and under the name Syren Hall, recorded some reggae songs.

Hallim’s debut solo album The Bridge was released in 2009, having collaborated with Future Cut, Vada Nobles, Stereotypes, J. Phoenix and Peter Wade Keusch. Her debut single, "Give It to Me Right", was sent to radio stations on February 28, 2009, and peaked at number 20 on the Canadian Hot 100 chart and number 41 on the UK Singles Chart. The second single, "It Kills Me", became her breakout song on the Billboard Hot 100 where it entered the Top 50, along with topping the Hot R&B/Hip-Hop Songs chart. The song earned Hallim a Grammy Award nomination for Best Female R&B Vocal Performance. The song "Monday Morning" is her biggest hit in Europe to date. The Bridge also earned her a NAACP Image Award nomination for Outstanding New Artist. In 2012, Hallim won two Grammy Awards for Best Traditional R&B Performance and Best R&B Song for the song "Fool for You" with CeeLo Green.