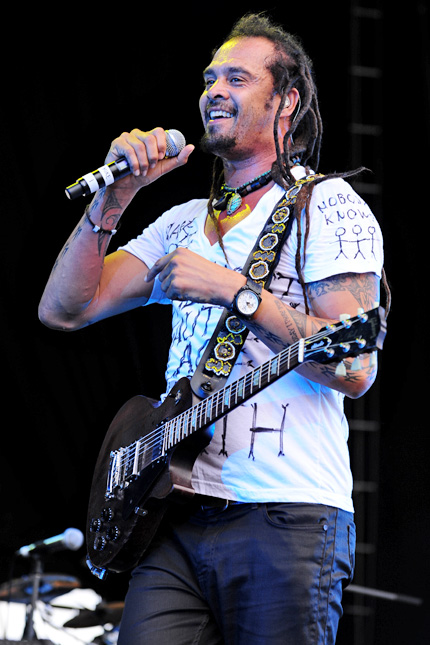 Michael Franti (born April 21, 1967) is an American musician, poet, spoken word artist and singer-songwriter. Michael Franti is known for having participated in many musical projects (most of them with a political and social emphasis), including the Beatnigs and the Disposable Heroes of Hiphoprisy. He is the creator and lead vocalist of his current independent project, Michael Franti & Spearhead, a band that blends hip hop with a variety of other styles including funk, reggae, jazz, folk, and rock. He is also an outspoken supporter for a wide spectrum of peace and social justice issues, and he is especially an advocate for peace in the Middle East.