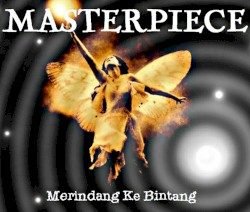 Since its inception, Masterpiece has released five studio albums and three songs for Gawai various artist album compilations. The band achieved commercial success in Sarawak with the release of their first album, Merindang Ke Bintang, in 2009. The album has won numerous awards including the best produced debut album of 2009–2010 during the 2010 Dayak Music Awards. Its full-length follow-ups, the second albums Rock & Roll (2013), were also widely successful; which respectively debuted at number one on the local radio station for months.

Masterpiece’s third album, Ngap Sayot (2014), was a commercial success, although not to the degree of their previous two albums. The band’s mainstream success continued with Ngarap Ka Nuan Nikal Pulai (2016), which was critically praised, becoming their most nominated release to date. In December 2016, the lead single from the album, "Ngarap Ka Nuan Nikal Pulai" became the first Iban song to reach one million views on YouTube. The band fifth album, Ensera Paragon was released in August 2018 through their first major label, Warner Music Malaysia.During the course of their career, Masterpiece has come to be regarded as one of the most influential and important Iban rock bands in Sarawak and has been recognised by several Sarawak Music Awards ceremonies; To date, the band has received fourteen awards from several nominations. Notable awards they have won include the Most Popular Group, voted by fans via SMS at the 2010 Dayak Music Awards and Best Rock Artist at the 2014 Dayak Music Awards.