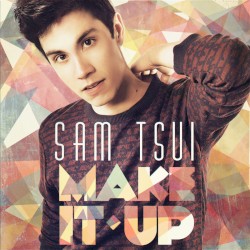 Samuel Tsui (born May 2, 1989) is an American singer, songwriter and video producer. He rose to fame as an internet celebrity known for doing covers and musical medleys of songs by pop artists. He has since released original songs and expanded to mashups.

Tsui frequently collaborates with YouTuber and childhood friend Kurt Hugo Schneider. Their one-man a cappella videos have been described by Time as a combination of Glee and Attack of the Clones.As of June, 2021, Tsui had received over 3.18 million subscribers.