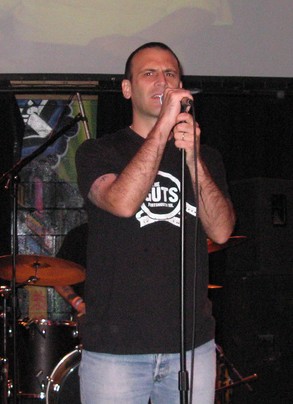 Screeching Weasel is an American punk rock band originally from the Chicago suburb of Prospect Heights, Illinois. The band was formed in 1986 by Ben Weasel and John Jughead.

Since their formation, Screeching Weasel have broken up and reformed numerous times with numerous line-up changes. Ben Weasel has been the only constant member, though Jughead was present in every incarnation of the band until 2009. Other prominent members include guitarist/bassist Dan Vapid and drummer Dan Panic, who have each appeared on six of the band’s studio albums, and Green Day bassist Mike Dirnt who was briefly a member of the band.Screeching Weasel recorded 13 studio albums, splitting time between a number of famous independent record labels such as Lookout! Records and Fat Wreck Chords. Despite never achieving mainstream success, a number of largely popular acts cite them as influential.