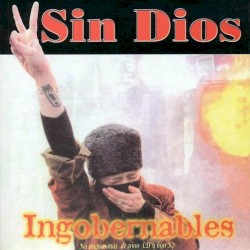 Sin Dios (English: Godless) was a hardcore/anarcho-punk band from Spain that formed in 1988 in Madrid. Their first gigs were held in squatted houses (in Spanish Casa Okupa). In 1990 they released their first demo "...Ni amo" which contained 13 tracks and took them to their first tour across Spain always playing within autonomous and libertarian surroundings. In 1991 they recorded with another band a split L.P., "Ruido Anticapitalista" (Anticapitalist Noise), produced by the band’s Potential Hardcore (alternative label). Since then, they have produced five albums and many eps and compilations. Also been to numerous concert tours across Europe, Latin America and Japan.

On the 30th of July 2006 the band announced that they would "cease its musical activity".

The announcement was followed among other things by

"TO OUR ENEMIES: WE CONTINUE ON OTHER FRONTS"

and by denunciations to the Israeli aggression, American imperialism and the like.