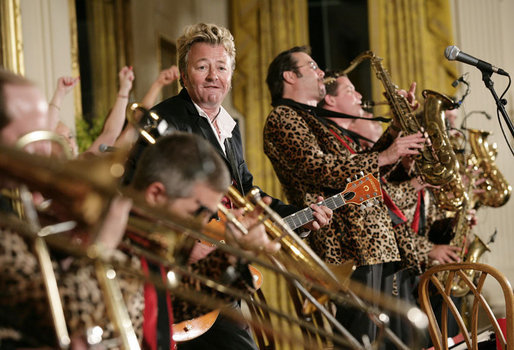 The Brian Setzer Orchestra (sometimes known by its initials BSO) is a swing and jump blues band formed in 1990 by Stray Cats frontman Brian Setzer. The group covered Louis Prima’s "Jump, Jive an’ Wail", which appeared on Prima’s 1957 album The Wildest!. The BSO’s follow up single was "Gettin’ in the Mood."