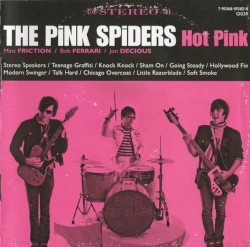 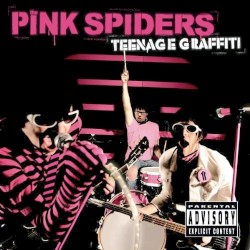 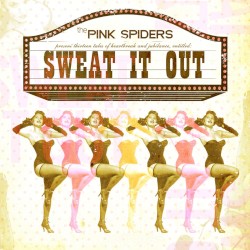 Matt Friction and original drummer Bob Ferrari recruited Jon Decious (bass) and released their first EP, The Pink Spiders Are Taking Over!, in 2004. The group toured around the Nashville area and an independent label released their debut album, Hot Pink, in 2005.The Pink Spiders performed at The Viper Room in West Hollywood on March 2, 2005, after which they were signed by Geffen Records. Their major-label debut, Teenage Graffiti was produced by Ric Ocasek and released in 2006. Promotion and the single "Little Razorblade" landed Teenage Graffiti on the Billboard 200. The group also made several television appearances and played at the Vans Warped Tour.

The relationship between the group and Geffen faltered during the making of their album, Sweat It Out and disagreements led Decious and Ferrari to leave the band shortly after the album’s release. Sweat It Out was released through Adrenaline Music and Friction’s Mean Buzz Records in September 2008. The Pink Spiders went on hiatus in 2009 and all three members pursued other musical projects.Friction, Decious, and Ferrari eventually reunited and performed at The Viper Room in June 2010; Friction officially announced their return. The group released a two-track single and completed the "2 Legit 2 Quit Tour" in 2011. In August 2016, the band performed a sold-out show at the Mercy Lounge in Nashville, TN to celebrate the ten year anniversary of their Geffen Records release "Teenage Graffiti". A fourth full-length LP "Mutations" was released on July 31, 2018 followed by several US headlining tours.