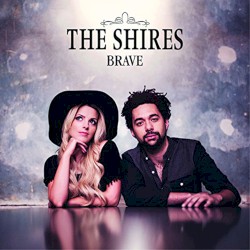 The Shires are a British country duo composed of singer-songwriters Ben Earle and Crissie Rhodes. Earle sings vocals, plays piano and guitar, and Rhodes shares lead vocals. The duo formed in 2013 and released their debut album Brave in 2015, becoming the first UK country act to chart in the Top 10 of the UK Albums Chart. The group’s second album, My Universe, became the fastest-selling UK country album in history when it was released in October 2016.They hail from the neighbouring counties of Hertfordshire and Bedfordshire in England. "Shire" is the original term for what is usually known as a county in the United Kingdom. The duo fittingly took the band name to maintain a British identity and take a small part of Britain to the United States. After playing hardly half a dozen shows together, The Shires caught the attention of Decca Records, who signed them in the United Kingdom, and they secured a contract with American record label Universal Music Group Nashville, thus becoming the first ever English country act to be signed to a major Nashville label. They were also the first UK country act to have a top ten album and the first to receive an award from the American Country Music Association.

Earle and Rhodes were awarded Honorary Doctorates of the Arts by the University of Bedfordshire for their services and contributions to music on 25 July 2019.