I was picking up some strings at my local music haunt yesterday, and got into a chat about gear with a newer guy who works there. I showed him pics of my new music room, and right away he picked up on the tremolo on my Les Paul. It's a Stetsbar Pro II which I installed a few years ago. This guy felt that putting a trem on an LP wasn't the way they were intended to be outfitted ... curious comment, which fell silent after I showed him this: 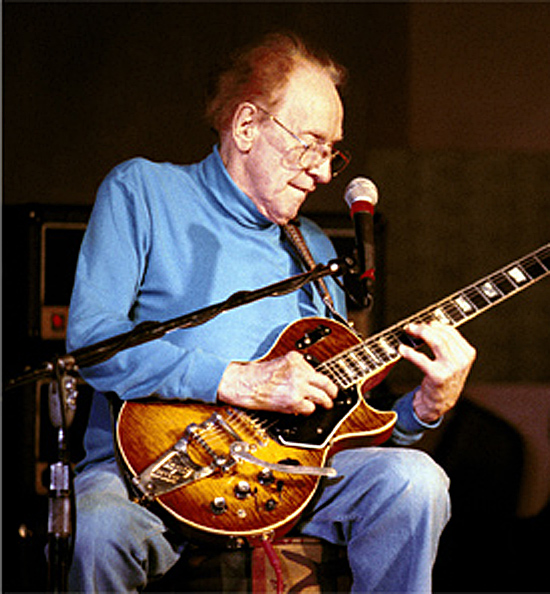 Whether for a bit of shimmer, or outright dive-bombing, a trem just adds another tool for a guitarist to use to add color to their music. I can't imagine playing an electric without one. And I guess if Les Paul himself thought it was okay to have Bigsby's on some of his guitars, I'm in good company.

Good one! I don't have a trem on my LP but my  Fender Eleit has one and it is killer I can dive bomb it and it always stays in tune I like to use both depending on the song or my feelings at the time.

LP has no comparison

I love it when you "out expert" an expert !
Well Done my friend !!!

In France, they are Les Pauls.

I am a young graduate of the College of Engineering. I love the discovery and looking forward to everything new in all fields. I would like to benefit from my presence here.