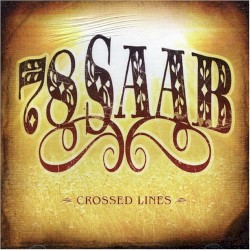 78 Saab were a rock band from Australia that consisted of Ben Nash (vocals and guitar), Jake Andrews (guitar and vocals), Garth Tregillgas (bass and vocals) and Nicholai Danko (drums and percussion). The band has stated that it was influenced by acts such as the Rolling Stones, R.E.M. and The Church. After forming in Canberra, Australia, during the summer of 1995–6, they relocated to Sydney in February 1997.