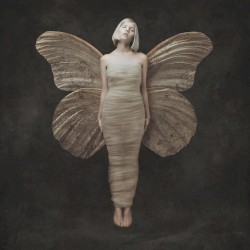 Aurora Aksnes (born 15 June 1996), known mononymously as Aurora (stylised as AURORA), is a Norwegian singer-songwriter and producer. Her debut EP Running with the Wolves was released through Decca Records in May 2015, receiving widespread approval from online music blogs and national press. Later the same year she provided the backing track for the John Lewis Christmas advert, singing a cover of the Oasis song "Half the World Away". This cover appears as a bonus track on the deluxe version of her debut studio album, All My Demons Greeting Me as a Friend, which was released worldwide on 11 March 2016.

Her music is characterized by a dreamy, emotional and sophisticated pop, but still very catchy and direct; in the instrumental sections there are electronic, orchestral and folk elements. She has sometimes been compared to Susanne Sundfør, Emilíana Torrini, Florence and the Machine, Eivør, Kate Bush, Lana Del Rey, Lorde and Björk.