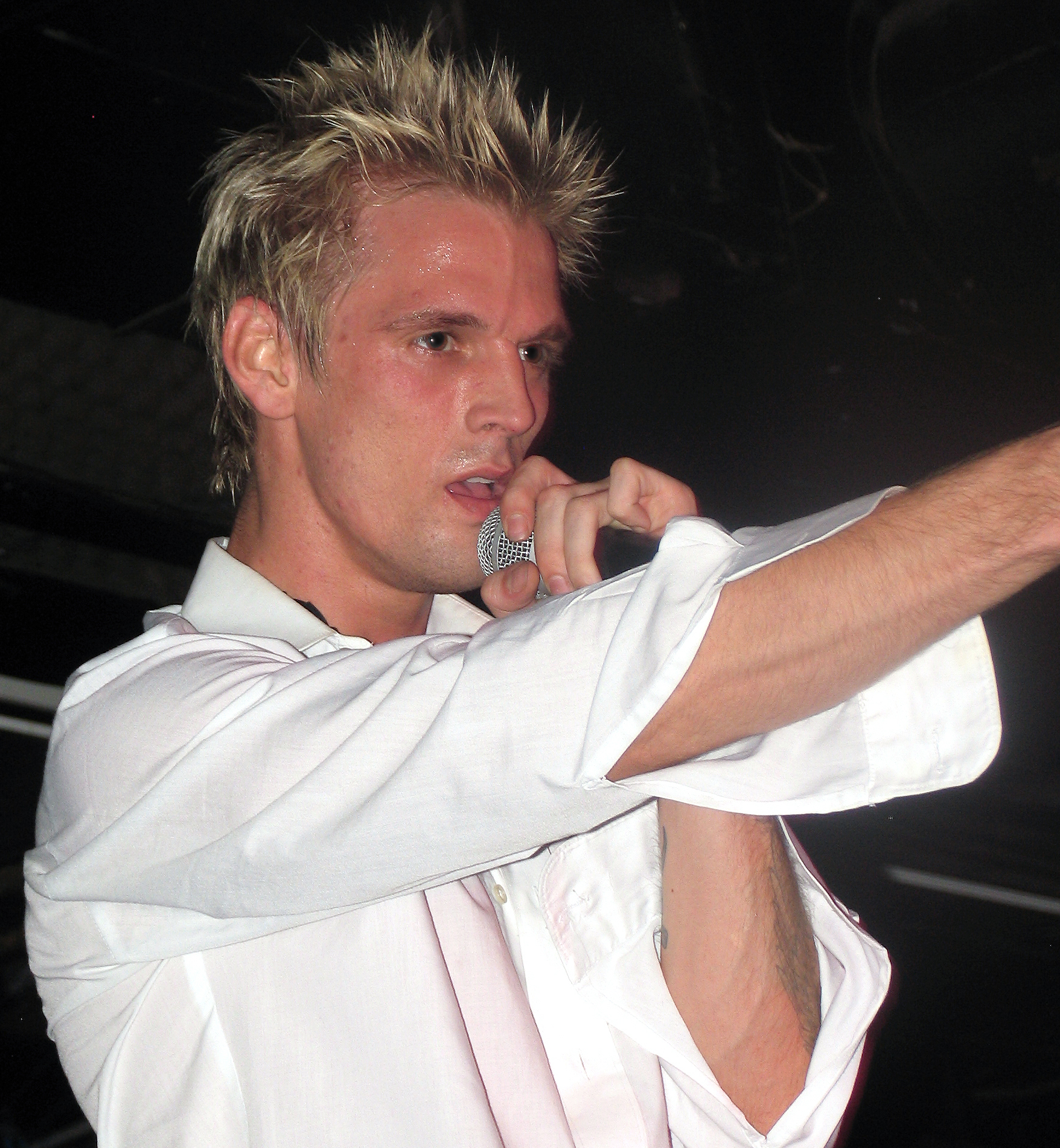 Aaron Charles Carter (born December 7, 1987) is an American rapper, singer, songwriter, actor, dancer and record producer. He first came to fame as a pop and hip hop singer in the late 1990s, establishing himself as a star among pre-teen and teenage audiences during the first years of the 21st century with his four studio albums.

Born in Tampa, Florida, Carter began performing at age seven and released his self-titled debut album in 1997 at age 9, selling a million copies worldwide. His second album Aaron’s Party (Come Get It) (2000) sold three million copies in the United States, and Carter began making guest appearances on Nickelodeon and touring with the Backstreet Boys shortly after the record’s release. Carter’s next album, Oh Aaron, also went platinum, and the musician released what would be his last studio album for 16 years, Another Earthquake!, in 2002, followed by his 2003 Most Requested Hits collection.

He has since appeared on Dancing with the Stars, the Broadway musical Seussical, the off-Broadway musical The Fantasticks, and made several one-off performances. In 2014, he announced that he would begin releasing new music and began by releasing a single featuring rapper Pat SoLo, "Ooh Wee", which first became available as a free download with purchase on his web store. Carter released the single, "Fool’s Gold", on April 1, 2016, and an EP titled LøVë in February 2017. His fifth studio album of the same name was released on February 16, 2018.