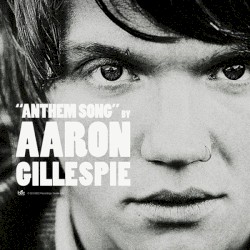 Aaron Roderick Gillespie (born July 18, 1983) is an American musician, best known for being the original drummer and clean vocalist for the metalcore band Underoath, and the lead singer and rhythm guitarist for the alternative rock band The Almost. Gillespie also maintains his own solo project, and released his debut full-length album, Anthem Song on March 8, 2011. From 2013 to 2016, he was the touring drummer for Paramore.