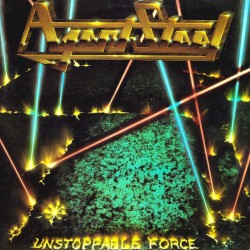 Agent Steel is a speed metal band from Los Angeles, California, United States, formed in 1984 by vocalist John Cyriis with drummer Chuck Profus. The band released two full-length albums, and one EP before disbanding in 1988. They were most notable for Cyriis’ high-pitched vocals, catchy songs, melodic riffs, and fast tempos mixed in with interest in UFOs. Agent Steel reformed in 1998 (without Cyriis, although he would return to the band in 2010, only to leave again in 2011) and released three more full-length albums before going on hiatus in 2011. The band reformed again in 2018, this time with Cyriis returning as the vocalist and without the previous members.