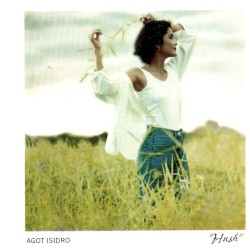 Isidro started as a back-up singer together with her sisters Olive Cruz and Tina Isorena in The Sharon Cuneta Show. She was urged by Johnny Manahan or Mr. M to fill in for then pregnant Melissa de Leon in the noon time show ’Sang Linggo nAPO Sila. She was like a breath of fresh air and people started noticing her, hence, the moniker "Crush ng Bayan" or "the people’s crush" and also as the "Julia Roberts of the Philippines". She is best known for her role as Ingrid Martinez in the 2009 hit television series, Tayong Dalawa.

In 2012, she transferred to GMA Network and signed an exclusive contract in Kapuso Network, her first major project was the television series of GMA Network entitled, One True Love. She later returned to her original home network, ABS-CBN, as a freelancer in 2013 through a comeback project via Muling Buksan ang Puso, starring Julia Montes, Enrique Gil and Enchong Dee while also being seen in GMA-7’s Titser. Isidro played a supporting role as Marian Rivera’s mother in Carmela on GMA Network but immediately started doing projects with ABS-CBN after the show ended.