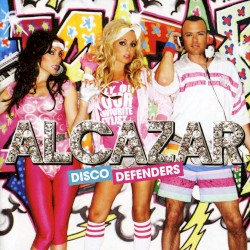 Alcazar is a Swedish nu-disco group. Alcazar is one of Sweden’s most successful music groups both nationally and internationally with a string of hits since their debut single in 1999. Worldwide, Alcazar sold over 12 million records between 2001 and 2004. Alcazar also had success globally with their song "Crying at the Discoteque", having charted in USA, Brazil, Australia, Japan and most countries in Europe.

Alcazar disbanded in August 2011 after a concert at Stockholm Pride. They reunited again in 2013 ahead of Melodifestivalen 2014.