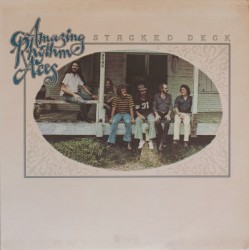 The Amazing Rhythm Aces is an American country rock group, which has characterized its music as "American music" or "roots music"—a blend of rock, country, blues, R&B, folk, reggae and Latino. The band is best known for its 1975 hit "Third Rate Romance". They have released 18 albums over 30 years (a period including a 15-year hiatus). The band’s music is distinguished by its eclectic scope, literate and often quirky lyrics, and distinctive vocals by lead singer and songwriter Russell Smith.