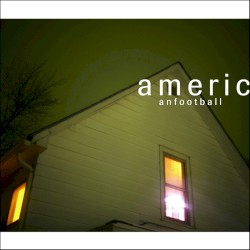 American Football is an American rock band from Urbana, Illinois, United States, originally active from 1997 until 2000, and again from 2014. Guitarist/bassist and singer Mike Kinsella (formerly of Cap’n Jazz and Joan of Arc and currently of Owen), drummer and trumpet player Steve Lamos (formerly of The One Up Downstairs, one-time member of The Firebird Band and Edward Burch & the Staunch Characters, and currently of The Geese and DMS), and guitar player Steve Holmes (also of The Geese) formed the band. Despite the group’s short initial lifespan, their self-titled debut album became one of the most acclaimed emo and math rock records of its era. American Football reunited in 2014 and have since released two more albums.