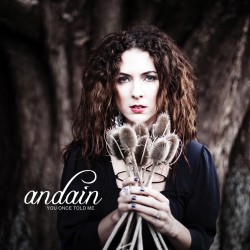 Andain was a San Francisco-based electronic music duo, originally formed in 2000. They broke through in 2002 after being discovered by DJ Tiësto, reaching clubbers worldwide with their singles "Summer Calling" in 2002 and "Beautiful Things" in 2003. The band members initially included producer Josh Gabriel, singer and songwriter Mavie Marcos, and guitarist David Penner, before the group disbanded in 2006. Andain returned again in 2011 as Josh and Mavie, making their comeback with the single "Promises". The successive year saw the release of the band’s first and only full-length album, on September 12, 2012, following a year of touring and performing. Andain was eventually concluded in 2014.