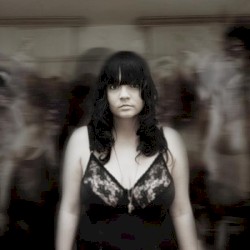 Courtney Marie Andrews (born November 7, 1990) is an American singer-songwriter originally from Phoenix, Arizona, United States. She released her first widely distributed and breakthrough album, Honest Life, in 2016. From 2010 to 2011, Andrews was an auxiliary member of Jimmy Eat World, appearing on their 2010 album Invented and acting as their keyboardist and backing vocalist on the subsequent tour.