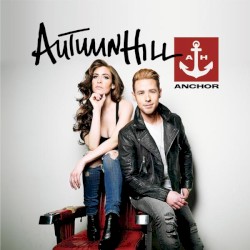 Autumn Hill was a Canadian country music duo composed of Mike Robins (from Toronto, Ontario) and Tareya Green (from Calgary, Alberta). Their debut single, "Anything At All," entered the Canadian Hot 100 in January 2013. It is included on their debut album Favourite Mistake, released September 10, 2013. The record’s three subsequent singles experienced diminishing returns on the Canada Country airplay chart, through third single "Fire" became the group’s highest-charting entry on the Canadian Hot 100 at number 73. "Blame" was released in March 2015 as the lead single for the group’s second and final album, Anchor. Reaching a peak position of four on the Canadian country airplay chart, it remains the group’s only top ten hit. In total, the group has landed seven singles on the chart.

With two of their singles gaining substantial airplay on both country and adult contemporary formats, the group has been touted as the first Canadian country act to successfully crossover to pop radio since Shania Twain. The duo has been on an indefinite hiatus since 2016, with Tareya now pursuing a solo career.