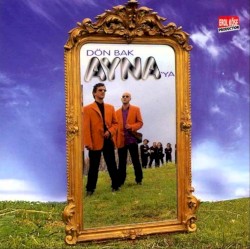 With their latest concert, they’ve reached a record number of 2,500 visitors. Despite their huge success, many people are not familiar with them only because they haven’t surrendered themselves to popular music culture. Besides being an album band, Ayna promotes themselves as a concert band. Meanwhile, Ayna have worked with more than twenty musicians, for which they have had only one condition, which is to maintain their great friendships in their private lives.