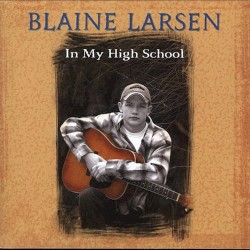 Blaine Larsen (born February 2, 1986) is an American country music artist. He was raised in Buckley, Washington. At age fifteen, he recorded his debut album In My High School on Giantslayer Records, an independent record label. The album was re-issued in 2005 as Off to Join the World by BNA Records. Blaine’s second album, Rockin’ You Tonight, was issued in June 2006, also on BNA. Larsen’s two albums for that label have produced five chart singles on the Hot Country Songs charts, of which the highest-peaking was "How Do You Get That Lonely" at number 18. Larsen left BNA in 2009, in favor of Treehouse Records and consequently with Stroudavarious Records, but is now unsigned.