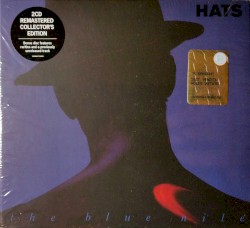 The Blue Nile is a Scottish pop band from Glasgow. The group’s early music was built heavily on synthesizers and electronic instrumentation and percussion, although later works featured guitar more prominently. Following early championing by established artists such as Rickie Lee Jones and Peter Gabriel (the band later worked with both acts), the Blue Nile gained critical acclaim, particularly for its first two albums A Walk Across the Rooftops and Hats, and some commercial success in both the UK and the US, which led to the band working with a wide range of musicians from the late 1980s onwards.

The Blue Nile’s highest chart placement came when "Tinseltown in the Rain" reached No. 28 in the Netherlands in 1984, their only Dutch charting song. The band has had four top 75 hits on the UK Singles Chart, the highest being "Saturday Night" which reached No. 50 in 1991. In the United States, "The Downtown Lights" was its only chart entry, peaking at No. 10 on Billboard’s Alternative Songs chart.

The band members have also gained a reputation for their avoidance of publicity, their idiosyncratic dealings with the recording industry and their perfectionism and slow work rate, which has resulted in the release of just four albums since the group’s formation in 1981. The group appears to have disbanded since the release of the fourth album High in 2004, although there has never been any official confirmation.