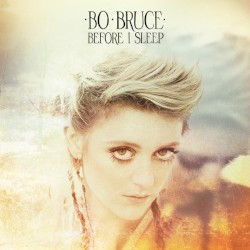 Lady Catherine Anna Brudenell-Bruce (born 25 November 1984), known as Bo Bruce, is an English singer-songwriter previously signed to Mercury Records. She has released one EP, Search the Night (2010), and an album Before I Sleep in 2013, both of which received a degree of chart success. She is also known for her appearance on talent show The Voice UK, and has toured mainly around the UK. Throughout her career she has featured on a number of dance-oriented singles, notably with Chicane and Gareth Emery.

Bruce reportedly has had issues with drug addiction in the past and entered rehab citing ’exhaustion’ in the latter part of 2013.