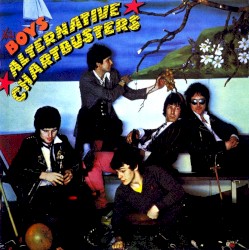 The Boys are an English punk rock/power pop band formed in London in 1976.

Members of the band had previously played in other groups, including London SS and Hollywood Brats. After recording four studio albums and eight singles, as well as recording Christmas themed music under the name The Yobs, they disbanded in the summer of 1982. The band reformed in 1999, and released a new album in 2014.