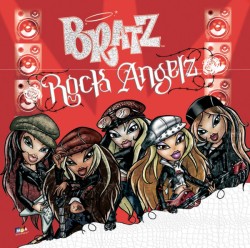 Bratz reached great success and the original line of dolls was expanded with spin-offs including Bratz Kidz, Bratz Babyz and Bratzillaz as well as media featuring various Bratz characters, including a web series, film adaptation, TV series, discography, and video games. In 2005, global sales were two billion dollars and, by 2006, Bratz had about 40 percent of the fashion-doll market.Bratz dolls have provoked controversy in several areas. From the dolls’ stylized proportions to fashion-forward clothing, the brand has always followed pop culture trends closely. For years, MGA Entertainment was involved in a lengthy legal dispute with Mattel over the rights to the Bratz design. In 2011, the dispute ended with MGA as the victors. Related litigation is ongoing in a lawsuit by MGA alleging Mattel’s theft of trade secrets.The Bratz brand has taken a few hiatuses and gone through some rebranding throughout its lifespan. In early 2010, Bratz took a brief hiatus after Mattel’s first lawsuit and returned later that year to commemorate the 10th anniversary of the franchise. In 2013, Bratz changed to have a taller body and an all-new logo and branding. MGA Entertainment made the decision to completely overhaul the Bratz brand throughout 2014, in an effort to return the brand to its roots. As a result, none of the Bratz 2014 product line was offered to North American retailers.

In July 2015, Bratz returned and a set of new dolls were released, introducing a new main character called Raya to the lineup of Cloe, Jade, Yasmin, and Sasha as well as a new slogan and website design. The bodies were changed to be 10" (25 cm) tall again, but with a new body and head mold. These dolls were met with a negative reaction from fans, as the brand was more oriented towards younger kids rather than tweens and teens like the previous dolls. Due to the poor reception and sales, the dolls were once again discontinued by 2016.

In the Fall of 2018, a new line of dolls called "Bratz Collector" were released exclusively on Amazon. The dolls were designed by fashion illustrator Hayden Williams, and featured branding that more closely resembled that of the original run of dolls. In June 2021, for their 20th anniversary, Bratz released near-replicas of the first edition dolls from 2001.