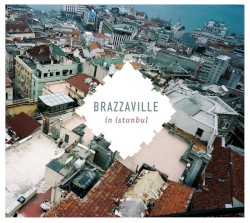 Brazzaville is an American indie pop band founded in 1997 by David Brown. Brown was at one time Beck’s saxophonist and took part in recording of Odelay and Midnite Vultures. On May 7, 2009, David Brown officially announced the dissolution of the band, stating that he would henceforth be recording and releasing music under the name David Arthur Brown, albeit with "many of the wonderful musicians who have contributed to Brazzaville records." However, June 23, 2009, David once again announced that the band will continue to exist in parallel with a solo career.