Cory Chisel and the Wandering Sons 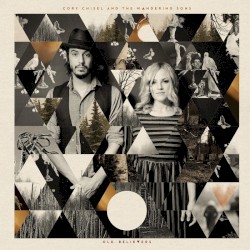 Cory Chisel and The Wandering Sons are an Americana, folk rock band that started in Appleton, Wisconsin. The band consists of Cory Chisel and Adriel Denae. Past members include Rick Setser, Paul Mannone, Miles Nielsen, Daniel McMahon, Adam Plamann, Noah Harris, and Charles Koltak. The band gets its name from the wandering, fluid nature of the musicians that work with Chisel and Denae.

The band was signed to RCA Records subsidiary Black Seal Music in 2007. Black Seal has since ceased to exist and the band remains independent.

The band has performed on "Late Night with Jimmy Fallon," "Conan" and "The Late Show with David Letterman." They’ve also been a part of several major music festivals, including Bonnaroo in 2011.

Chisel and the Wandering Sons toured in support of Norah Jones in 2012. Chisel also helped launch a music festival, Mile of Music, in Appleton, Wisconsin, where he spent several years of his youth. Its first year, 2013, featured Rodney Crowell, Justin Townes Earle and Norah Jones.Chisel is the co-founder of The Refuge Foundation for the Arts, a nonprofit based in Appleton which provides support for artists.He’s also part of a three-man Americana group called Traveller. The other members are Jonny Fritz and Robert Ellis. Their debut album, recorded at the Refuge, is expected in 2018.