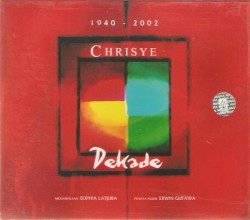 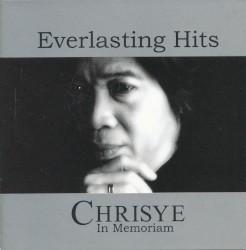 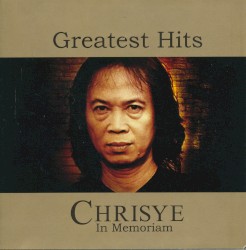 Chrismansyah Rahadi ([xrisˈmanʃah raˈhadi]; 16 September 1949 – 30 March 2007), born Christian Rahadi ([xristiˈan raˈhadi]) but better known by his stage name of Chrisye ([xəˈriʃə]), was an Indonesian progressive pop singer and songwriter. In his 40-year career he won many awards and accolades; in 2011 Rolling Stone Indonesia declared him the third-greatest Indonesian musician of all time.

Born in Jakarta of mixed Chinese-Indonesian descent, Chrisye became interested in music at an early age. At high school he played bass guitar in a band he formed with his brother, Joris. In the late 1960s he joined Sabda Nada (later Gipsy), a band led by his neighbours, the Nasutions. In 1973, after a short hiatus, he rejoined the band to play in New York for a year. He briefly returned to Indonesia and then went back to New York with another band, the Pro’s. After once again returning to Indonesia, he collaborated with Gipsy and Guruh Sukarnoputra to record the 1976 indie album Guruh Gipsy.

Following the success of Guruh Gipsy, in 1977 Chrisye recorded two of his most critically acclaimed works: "Lilin-Lilin Kecil" by James F. Sundah, which eventually became his signature song, and the soundtrack album Badai Pasti Berlalu. Their success landed him a recording contract with Musica Studios, with whom he released his first solo album, Sabda Alam, in 1978. Over his almost 25-year career with Musica he recorded a further eighteen albums, and in 1980 acted in a film, Seindah Rembulan. Chrisye died in his Jakarta home on 30 March 2007 after a long battle with lung cancer.

Known for his stiff stage persona and smooth vocals, Chrisye was critically acclaimed in Indonesia. Five albums to which he contributed were included in Rolling Stone Indonesia’s list of the 150 Best Indonesian Albums of All Time; another four of his songs (and a fifth to which he contributed) were classified as some of the best Indonesian songs of all time in a later issue of the same magazine. Several of his albums received certification of silver or gold. He received two lifetime achievement awards, one in 1993 from the BASF Awards and another posthumously in 2007 from Indonesian television station SCTV.