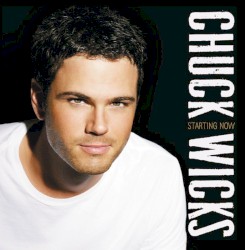 Charles Elliott Wicks (born June 20, 1979) is an American country music artist and radio personality. He was one of the participants on the American reality series Nashville, which aired on Fox for two episodes before its cancellation in mid-2007. In late 2007, he signed to RCA Records Nashville as a recording artist, with his debut single "Stealing Cinderella" being released in September of that year. It served as the lead-off to his debut album Starting Now, which was released in January 2008. "All I Ever Wanted" and "Man of the House" were released as the album’s second and third singles, respectively, and both have charted in the Top 40 as well.