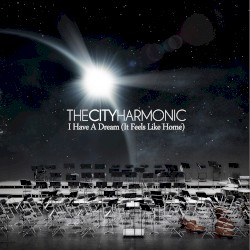 The City Harmonic was a Canadian Christian rock band based in Hamilton, Ontario. Elias Dummer (vocals, keyboards, guitar), Eric Fusilier (bass), Aaron Powell (guitar), and Josh Vanderlaan (drums) collectively made up The City Harmonic. Their music has been described as "nostalgic Brit-pop meets campfire sing-along mix that features raucous gang vocals along with agile, soaring anthems crafted to include the listener". Musically, their sound is often compared to artists like Coldplay, Keane, Aqualung, the Fray, or Arcade Fire. In 2011 they won three Covenant Awards from GMA Canada for New Artist of the Year, Recorded Song of the Year and Modern Worship Song of the Year. In 2013 they won Covenant Awards for Group of the Year and Praise and Worship Song of the Year. They also won a Juno Award for the 2013 Christian/Contemporary Gospel Album of the Year. After announcing that they would retire, the band recorded their final show, which was released as a live album, Benediction (Live), on June 23, 2017.