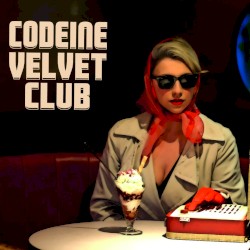 Codeine Velvet Club was a Scottish alternative rock band formed in 2008 by Lou Hickey and Jon Lawler, a.k.a. Jon Fratelli from The Fratellis. The band’s debut album Codeine Velvet Club was released on 28 December 2009 in the UK and on 6 April 2010 in the US.The band released their first single on 23 November 2009 entitled "Vanity Kills". The song failed to chart on any national charts in countries such as the United Kingdom and Ireland. The band released a second single "Hollywood" in December 2009, again failing to chart but the music video for the song has been nominated for MTVU Award for "Best Music Video". In April 2010, the band re-released their debut single "Vanity Kills" for promotion ahead of the release of Codeine Velvet Club in the United States. In 2010, it was confirmed by the band that they will be splitting up and both Jon Lawler and Lou Hickey will be pursuing solo careers.