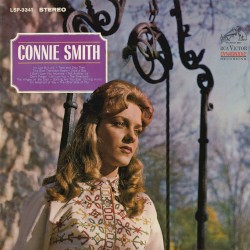 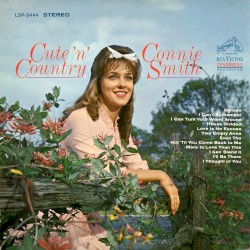 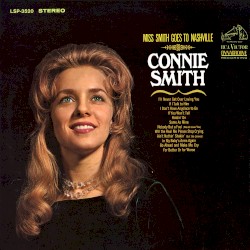 Connie Smith (born Constance June Meador; August 14, 1941) is an American country music artist. Discovered in 1963, Smith signed with RCA Victor Records the following year and remained with the label until 1973. Her debut single "Once a Day" reached number one on the Billboard Hot Country Songs chart in November 1964 and remained at the top position for eight weeks. The song became Smith’s biggest hit and was nominated at the Grammy Awards for Best Female Country Vocal Performance. Smith’s success continued through 1960s and mid 1970s with 19 more top-ten hits (including "Then and Only Then", "Ain’t Had No Lovin’", "Cincinnati, Ohio", "I Never Once Stopped Loving You" and "Ain’t Love a Good Thing") on the country songs chart.

In the early 1970s, Smith began recording Gospel music more frequently as she became more serious in her Christianity. As she focused more heavily on religion, Smith became known for her outspoken religious demeanor at concerts and music venues. At the same time, Smith spent more time raising her five children than focusing on music. She eventually went into semi-retirement in 1979. Smith would return to recording briefly in the mid 1980s with Epic Records. However, it was not until her collaboration with Marty Stuart in the 1990s that she returned permanently. Their musical friendship would turn romantic, leading to their marriage in 1997. The pairing led to Smith’s first studio album in 20 years, Connie Smith. Critically acclaimed, Smith began performing again and has since recorded two more studio albums.

Smith has been nominated for 11 Grammy Awards, including eight nominations for Best Female Country Vocal Performance. She has also been nominated for 1 Academy of Country Music award and 3 Country Music Association awards. Rolling Stone included her on their list of the 100 greatest country music artists and CMT ranked her among the top ten in their list of the 40 greatest women of country music. She has been a member of the Grand Ole Opry cast since 1965. In 2012, Smith was inducted into the Country Music Hall of Fame.