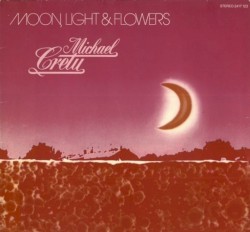 Michael Cretu (Romanian: Mihai Crețu, pronounced [miˈhaj ˈkret͡su]; born 18 May 1957) is a Romanian-German musician, singer, songwriter, and producer. He gained worldwide fame as the founder and musician behind the German musical project Enigma, formed in 1990. Initially Cretu was identified as "Curly" or "Curly M.C." in reference to his curly hair and creț meaning "curly" in Romanian.Cretu began a music career in 1976 as a solo artist and released numerous studio albums as well as writing and producing albums for his then-wife, German pop singer Sandra. He also worked with artists through the 1980s, including Peter Cornelius, Hubert Kah, and Mike Oldfield. In 1990, Cretu formed Enigma and released its first album, MCMXC a.D. (1990) which charted worldwide helped by its lead single, "Sadeness (Part I)". Cretu continued to release Enigma albums and singles; the most recent is The Fall of a Rebel Angel (2016), its eighth overall.