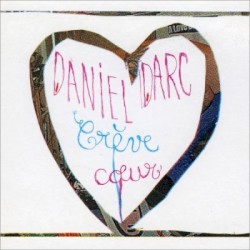 After Taxi Girl was disbanded in 1986, he continued a solo career, releasing Sous influence divine in 1987. Produced by Jacno, this included a cover version of "Comment te dire adieu", a song with lyrics by Serge Gainsbourg that had been popularized by Françoise Hardy. In 1994 he released Nijinsky, followed by two albums in cooperation with composer, director and producer Frédéric Lo: Crève cœur in 2004 and then Amours suprêmes in 2008, with appearances by Alain Bashung, Robert Wyatt, Morgane (singer of Cocoon) and Steve Nieve. The title of the latter album is a reference to "A Love Supreme" by John Coltrane.

The last album released while he was alive was La Taille de mon âme in 2011. Darc died on 28 February 2013. He was 53.Some of his materials were released posthumously in 2013 under the title Chapelle Sixteen