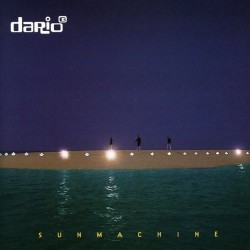 Dario G is the stage name of English musician Paul Spencer. Dario G was originally a trio, who are best known for their 1997 hit "Sunchyme", which reached number 2 on the UK Singles Chart. The group formed in Cheshire, England and consisted of three DJs and producers Scott Rosser, Paul Spencer and Stephen Spencer (the Spencers are unrelated).

The group changed their name from Dario to Dario G after being threatened with legal action from an artist of the same name. True to popular belief, the name Dario G was named after the manager of Crewe Alexandra F.C., Dario Gradi, and the similarity to Gradi was not a complete coincidence. Paul Spencer also said they added the G in tribute to the American jazz saxophonist Kenny G. Rosser and Stephen Spencer later left to pursue other things leaving Paul Spencer to perform in a solo capacity.

The Musical Journalist R J Formeta, writing for Vent Magazine in 2018, described Dario G as being "one of the World’s finest DJs and performers."