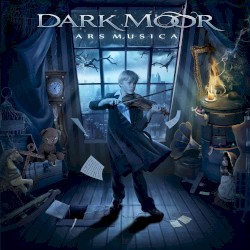 Dark Moor is a Spanish neoclassical metal and symphonic power metal band from Madrid. Formed in 1993, they produced three full-length albums before undergoing a line-up change in which three members left the band to form their own project, Dreamaker. Afterwards, the band continued under the same name, recruiting suitable replacements in time for their eponymous 2003 album. Since 2002, guitarist Enrik Garcia has been the band’s sole remaining founding member.