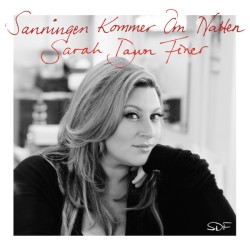 Sarah Dawn Finer (born 14 September 1981) is a Swedish singer, songwriter and actress. Her father is of English heritage from the United Kingdom, her Jewish mother is from the United States, and she was born and raised in Sweden. As a student she attended the Adolf Fredrik’s Music School, a high-profile song-and-chorus school in Stockholm, where she was also President of the students’ union. She is also known for playing Lynda Woodruff, the "official" spokesperson of the EBU in Melodifestivalen and the Eurovision Song Contest, a character created by Edward af Sillén.