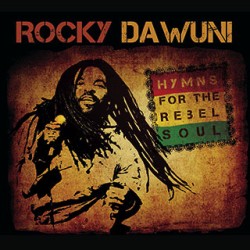 Rocky Dawuni is a Ghanaian singer, songwriter and record producer who performs his signature ’Afro Roots’ sound which is a mixture of Reggae, Afrobeat, Highlife and Soul music. He currently lives between Ghana and Los Angeles.Dawuni got acquainted with Reggae in Ghana when he heard a military band performing one of Bob Marley’s compositions in Michel Camp; a military barracks where he grew up. Dawuni started the annual "Independence Splash" festival, which is held in Ghana on Ghanaian Independence Day, March 6.Dawuni has recorded seven full-length albums. His sixth studio album titled Branches of The Same Tree was nominated for a Grammy Award for Best Reggae Album in December 2015 for the 58th Annual Grammy Awards, released 31 March 2015 making him the first nominee from his home country of Ghana. Beats of Zion, the 2019 single of Rocky which was released January 25 is a precursor to his 7th studio album which also bears the same title.