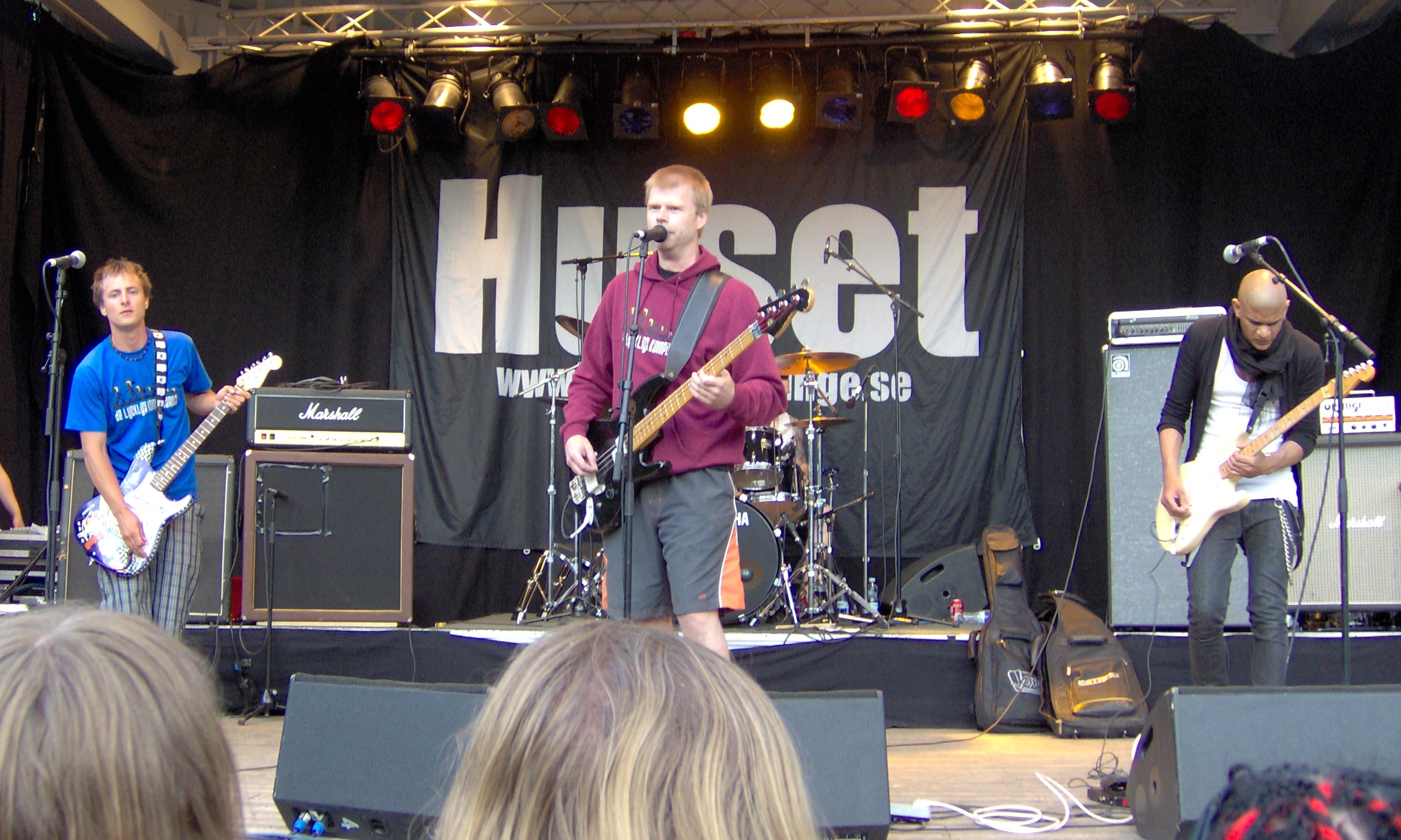 De Lyckliga Kompisarna (Swedish for ’The Happy Friends’), DLK, is a Swedish melodious punk band. The band was formed in 1989, split up in 1997, and re-united in 2008. They are probably best known for their song "Ishockeyfrisyr", which is also known as "Hockeyfrilla" (Swedish for "mullet"). They also made a music video for it.

The band is headed by Mart Hällgren who both wrote songs, sang and played several instruments. DLK split up after two farewell gigs at Kafé 44 in Stockholm, Sweden. These gigs were recorded and compiled into a live album. After DLK, Martin Hällgren began a solo career as "Mart" (he had previously played solo in the band Total Egon), but later started the band UBBA.

De Lyckliga Kompisarna stated in January 2008 that they would begin playing again, and the band has since gone on tour and released a new EP.