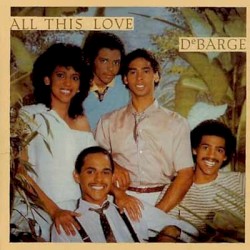 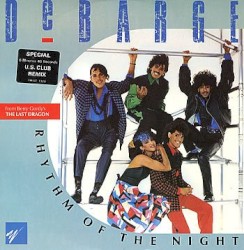 DeBarge was an American musical recording group composed of several members of the DeBarge family, a family of musical talent often compared to the Jackson family. In addition to various solo projects completed by members of the family, DeBarge was active between 1980 and 1989. The group originally consisted of Mark, Randy, and El. Bunny, James, and Bobby joined later.

DeBarge released six studio albums, four of them with Motown’s Gordy Records: The DeBarges (1981), All This Love (1982), In a Special Way (1983), and Rhythm of the Night (1985). The latter became the group’s best-selling album and garnered the single "Rhythm of the Night", which hit No. 3 on the Billboard Hot 100, making it their highest charting single in the United States. DeBarge entered its decline in 1986, when Bunny and El were offered solo deals with Motown and departed the group, and DeBarge was dropped from Motown soon afterward.

The remaining members signed with Stripe Horse Records, an independent label, in 1987, which released their final studio album, Bad Boys. The group continued to perform for an additional two years, with Chico DeBarge joining the group in 1988. A member of the group, Bobby, along with his other brother Chico were arrested for drug trafficking in 1989. Legal issues, compounded with the ever changing musical tastes of the public led to the group’s dispersion in 1989, 10 years after its inception.