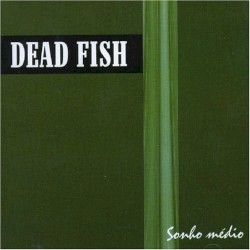 Dead Fish is a Brazilian hardcore band that formed in Vitória, Espírito Santo, in 1991. After releasing four independent albums and numerous demos, they reached the mainstream market and garnered national attention with their breakthrough album Zero e Um (Zero and One), released by Deckdisc in 2004. For the title track from this album, they won an MTV Video Music Brazil award for Best New Artist. They went on to win Best Hardcore Video at the 2009 MTV Video Awards.