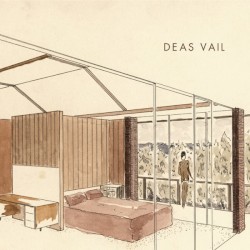 Deas Vail () is an alternative rock band whose lyrics are influenced by their members’ Christian faith. The band’s name is a combination of Latin and old French, roughly translated as "humble servant of God." Their eponymous third full-length album earned them slots at Bonnaroo and a headlining performance at CMJ.