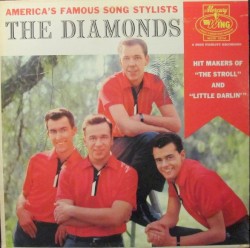 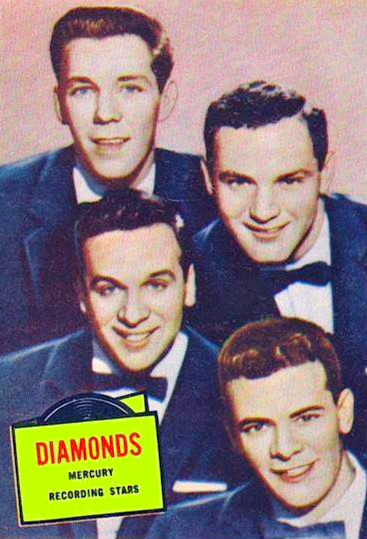 The Diamonds are a Canadian vocal quartet that rose to prominence in the 1950s and early 1960s with 16 Billboard hit records. The original members were Dave Somerville (lead), Ted Kowalski (tenor), Phil Levitt (baritone), and Bill Reed (bass). They were most noted for interpreting and introducing rhythm and blues vocal group music to the wider pop music audience. Contrary to a popular myth, the father of Tom Hanks was never a member of the group.